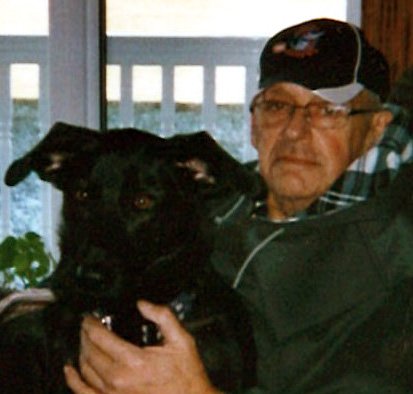 MORAIS, JOSEPH ROBERT ”Bob”- Born January 29, 1945 in Tracadie, New Brunswick. The Montreal Canadians lost one of their fans on July 22, 2021 at age 76. Bob moved to this area for a career as a repair bodyman with Chrysler. He scored his first goal when he married Jeannette (nee Damphousse) a rival Maple Leaf fan.

Together they scored two more goals with the birth of their children Lisa (Jaret) and Shawn (Renee).

He welcomed with open arms his step grandson Ty at a young age. Together, they spent time going to Tim Horton’s and Bob driving Ty to school and work. It was one of the highlights of his day. A few years later Taisha and Brayden added to his delight of having step grandchildren.

Bob worked at Chrysler for 35 years. He also painted cars as a hobby for many people in the area.

Bob loved playing cards, weeklong hunting trips with Shawn and fishing on lake St. Clair. Family gatherings was also a favorite time because he knew someone would be cooking up some good dishes.

Cutting firewood for the wood stove was also a priority. He was always the first in the area to have the woodstove going in early October.

Bob was a member of the Ushers club at Visitation parish for numerous years.

He will be sadly missed by his dog Molly and grand dogs, Layla, Bailey, Grayson, Ozzy and Delta.

He was predeceased by his parents Arthur Morais and Laurette Duguay of St. Isidore, NB. His brothers and sisters Yvonne, Hector (Claire), Noel, Jean-Paul, Arthur, Eugene, Alfred, Napoleon, Alice. He is a cherished son in law to Loretta and the late Edward Damphousse.

Guests will be recieved at Visitation Parish Comber on Monday July 26, from 9:30 a.m. to 10:30 a.m. Funeral Mass to follow at 11 a.m. Interment at Annunciation Cemetery in Stoney Point.

Share Your Memory of
Robert
Upload Your Memory View All Memories
Be the first to upload a memory!
Share A Memory