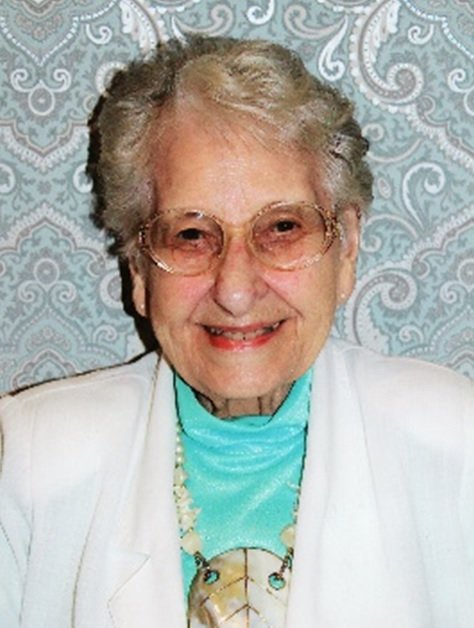 Retta died at 94 at the Copper Terrace Long-Term Care Facility in Chatham, Ontario on Friday, November 29, 2019. She was the devoted spouse for 72 years of William M. Lumley, formerly of Tilbury, Ontario.

She is survived by her sons - William in Vancouver, B.C., Robert in Burlington, Ontario and Richard Lumley and his partner, Kim Patterson, in Tiny, Ontario. She has three grandchildren - Amber, David and Ashley and five great-grandchildren in British Columbia.

She will be missed by her many nieces and nephews.

Raised on the Renwick farm in Tilbury East. She graduated from the PGH Nursing Class in 1946 then spent her career as a Registered Nurse at the Public General Hospital in Chatham, retiring in 1985.

She loved gardening, sewing and homemaking for her family. She and Bill travelled the world from Greece to Hawaii and Alaska to the Caribbean. She was devoted to her 1946 nursing alumni and enjoyed their annual gatherings. She was a member of the Darrel S. Moffat United Church in Tilbury.

A special thank you to the wonderful staff, at Copper Terrace, for their care and compassion.

As per Retta's wishes, cremation has taken place and there will be no visitation.  A private family service will be held at a later date.

Send Flowers
Share Your Memory of
Retta
Upload Your Memory View All Memories
Be the first to upload a memory!