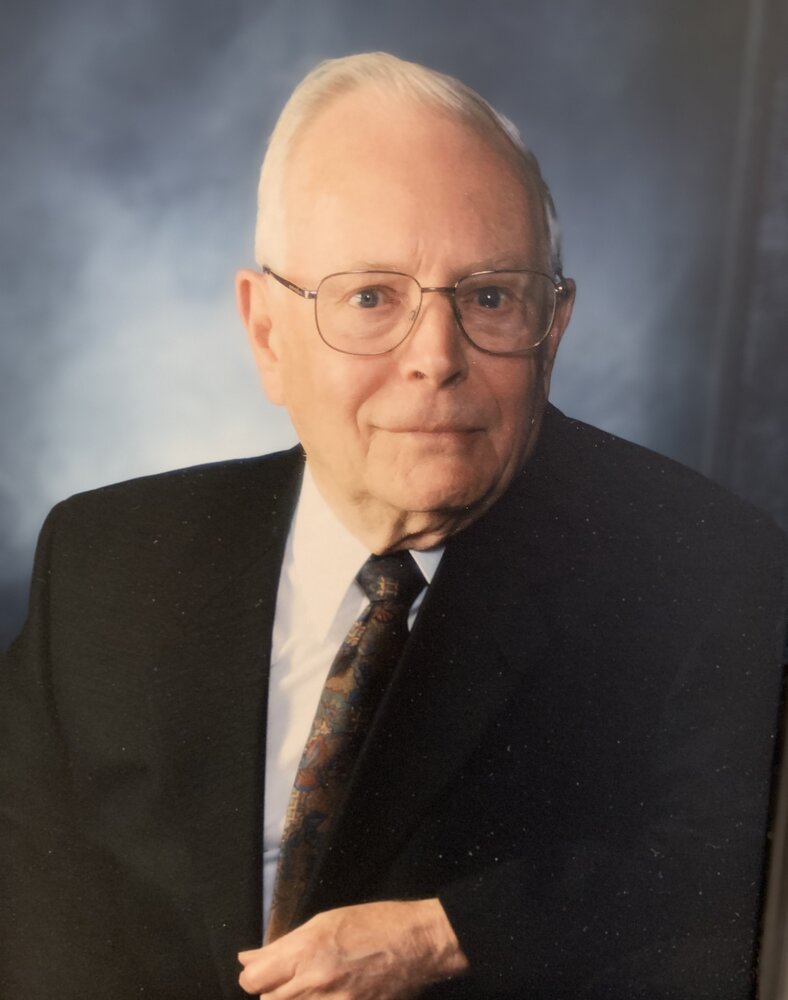 “The time for dying has arrived for William M. Lumley. This has been one of the most enjoyable lives that anyone could have lived and I am sure my wife, Retta, helped in making it so.”

Raised in Tilbury, at 19 he volunteered to join the Canadian Navy and served as a radio Morse coder from March 15, 1943 to October 18, 1945, serving on H.M.C.S. Napanee – K118. The Napanee escorted convoys across the Atlantic. He volunteered for further duty in the Pacific after the German surrender, but the war ended.

He worked as a stock boy in his father’s grocery store that he would later run from 1947 to 1966. He then worked as an Assessor for Kent County and later the Province of Ontario from 1966 until retirement in 1989.

Bill and Retta, enjoyed living in Tilbury. They travelled all of Canada and the US, as well as Europe and the Caribbean.

He was the proud father of three sons - William in Vancouver, B.C., Robert in Burlington, Ontario and Richard Lumley and his partner, Kim Patterson, in Tiny,Ontario. He has three grandchildren - Amber, David and Ashley and five great-grandchildren in British Columbia.
He is survived by sisters-in-law Alwilda Renwick of Quinn and Lila McFadden of Comber.

He will be missed by his many nieces, nephews and other extended groups of relatives.

A special thank you to the wonderful staff at Copper Terrace for your care and compassion.

Cremation has taken place. There will be no visitation.

In accordance with Bill and Retta’s wishes a private committal service will occur at St.George’s Cemetery at a later date.

Donations to the Tilbury-Comber Maple Leaf Cemetery, St. George's Cemetery or Darrel S. Moffat United Church, or a charity of your choice.

Online condolences may be shared at www.reaumefh.com

Share Your Memory of
William
Upload Your Memory View All Memories
Be the first to upload a memory!
Share A Memory