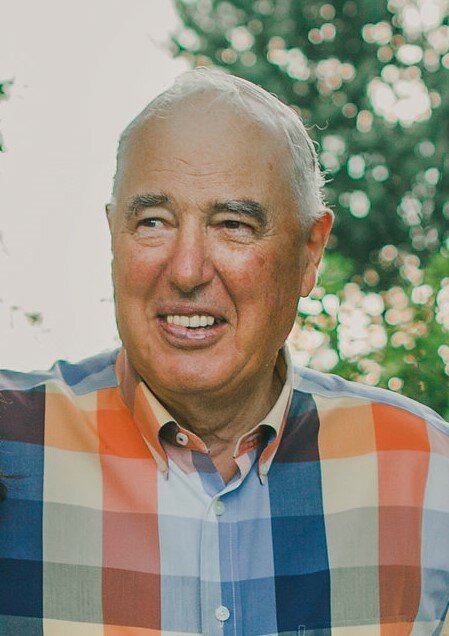 Peacefully and comfortably on July 15, 2022 at Erie Shores Hospice at the age of 82 with loving family by his side. Loving husband & best friend of Mauretta (Dunford) for 58 years. He leaves behind his beloved sons & their wives: Steven & Susan of Ottawa, Scott & Heather of Edmonton, Shawn & Andrea here on the farms that his father and grandfather farmed; his cherished grandchildren Sabrina (Francis), Rachel, Ian, Kendall and Gavin; his sister Barbara Jacobs and brother Jim (Shirley); brother in laws John (Marlene) and Jeffrey (Muriel) Dunford; and numerous nieces and nephews. Predeceased by his parents C.C. (Clifford, 1972) & Louise (1996) Morris, in laws Elwood (1977) & Edna (1995) Dunford, and brother Edward (2006) & sister-in-law Colleen (2021).

Jack was happiest where he lived his whole life, on the 10 th Conc of Tilbury West Township. He farmed first with his father as a partner in Morris Acres Holsteins, founded by C.C. Morris, home of the first home bred excellent cow in Essex County. After leaving the dairy business in 1972, he continued to farm and remained an integral part of the farming operation for the rest of his life. Jack always credited his involvement in 4-H and Junior Farmers for providing the skills that served him so well in his career. He was active in the Essex County 4-H Dairy Club, Essex County Holstein Breeders Association (president in the 60’s), Essex County Junior Farmer Association – provincial president in 1966/67. He received his 35-year pin for service in municipal office in the Township of Tilbury West (over 20 years as mayor), County of Essex and Town of Lakeshore. He served as Warden of the County of Essex in 1983, director and then chair of ACRO (Assoc. of Counties and Regions of Ontario), and director and Vice President of AMO (Assoc. of Municipalities of Ontario). He failed in his run for provincial politics in 1985. He was chairman of the International
Plowing Match held in Essex County in 1989.

Following graduation from Reisch Auction College in Mason City, Iowa in 1973, Jack found his true calling. He operated Jack Morris Auctions for 49 years, serving the farm and rural community. Jack had a soft spot for the Harrow Fair pie auction, a benefit for the John McGivney Centre. He was awarded the Queen’s golden, diamond and platinum Jubilee medals and was inducted into the Essex County Agricultural Hall of Fame. Jack loved to read, having a wide range of interests, and he particularly enjoyed talking about politics and current events with friends and acquaintances. He was an active member of Comber St. Andrew’s United Church. A special thanks to Rev. Jack Lovering for his care and support, and to the members for their prayers.

These last few months were particularly difficult for Jack and he fought hard to continue with his regular routine. The family wishes to thank the many doctors, health care professionals, nurses, and support workers who were involved in his care, and especially the staff at Erie Shores Hospice who made him so comfortable for his last days. Memorial tributes to Erie Shores Hospice: https://www.eshf.ca/donations/erie-shores-health-foundation/, the John McGivney Centre or Comber St. Andrew’s United Church would be appreciated by the family.
As per Jack’s wishes there will be no funeral at this time. Cremation has taken place and a private family funeral will be held at a later date.

In life, in death, in life beyond death, God is with us,
We are not alone. Thanks be to God.
Excerpt from United Church Creed

Share Your Memory of
Jack
Upload Your Memory View All Memories
Be the first to upload a memory!
Share A Memory