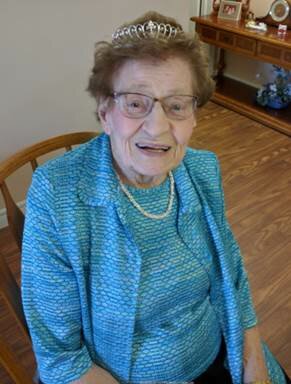 Jeannette worked at the Loblaws grocery store in Chatham, as Head Cashier for
several years before she married in 1973. Jeannette and Frank farmed in
Ridgetown for many years and they were longstanding members of St. Michael’s
Catholic Church.
Jeannette moved to Grand Retirement Village in Chatham in 2010, where she
enjoyed playing cards with her fellow retirees. Jeannette’s car knew its way to
the Dresden raceway casino.
Visitation at Reaume Funeral Home, 6 Canal St. W., Tilbury, Ontario, Saturday
September 24 th from 9:00 am to 10:30 am, followed by a Funeral Mass at St.
Peter’s Catholic Church in Jeannette’s Creek at 11:00 am. (5425 Tecumseh Line,
Tilbury, ON, N0P 2L0). Attendees can meet at the funeral home before 10:30 am
for a subsequent procession to the church.
Graveside service will be held on Monday, September 26 th at 10:30 am in
Evergreen Cemetery, 470 Talbot St E, Blenheim, Ontario.

Share Your Memory of
Jeannette
Upload Your Memory View All Memories
Be the first to upload a memory!
Share A Memory