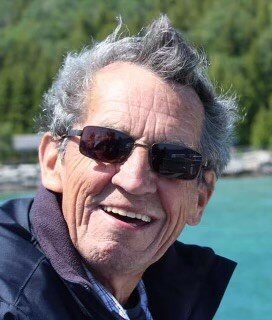 After a short and courageous battle with cancer, Dick passed away surrounded by his biggest fans.  He was a friend to anyone he met and a hero to those who loved him.  Tuesday, December 14th in the mid-afternoon Dick chose to end the pain and suffering for the love of his life Donna, his children Ian, Danielle, Shawn, Kim and his biggest joys Madison, Max, Lena, Lane and bonus grandchild Sheldon.

He was a mechanic, carpenter, expediter, tiller, but most enjoyably a farmer.  He truly was a jack of all trades.  When there was something he wanted to learn to do, he did it with his whole heart.  He passed on all of his tricks and trades to his boys who continue in his footstep as farmers, mechanics and contractors with all of their children.

To celebrate our amazing husband, father, grandfather and friend, Dick has requested a celebration of life at the family farm after planting is done and when the weather is warm, as everyone knows he HATED the cold!  Anyone who will miss him as much as his family, is invited to attend.  Details will be posted when we can predict the weather better.

Donations, in lieu of flowers, can be made in his honour to the Tilbury Help Centre or Ashley's Place.

Share Your Memory of
Dick
Upload Your Memory View All Memories
Be the first to upload a memory!
Share A Memory